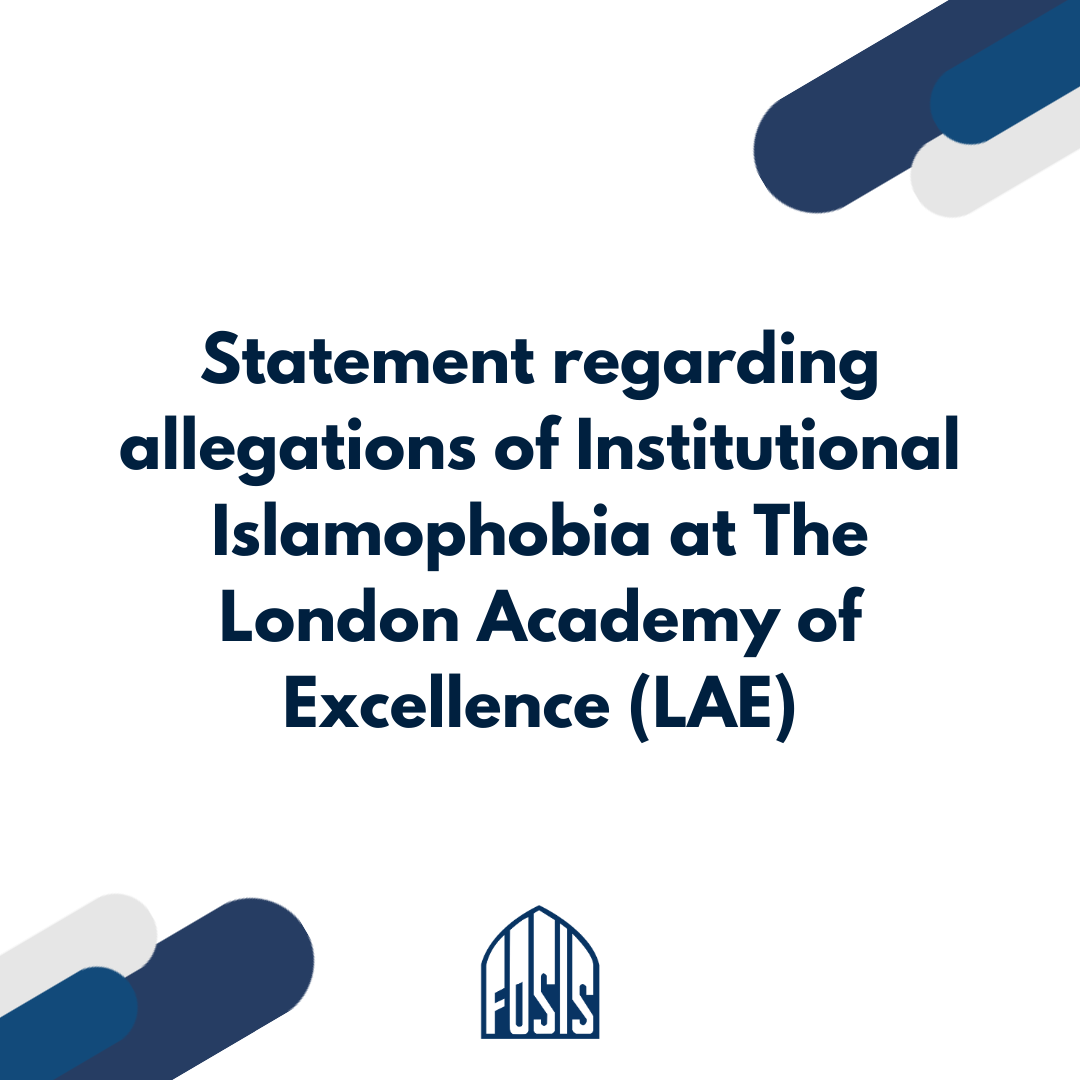 FOSIS is alarmed to learn of recent claims of Islamophobia that have been brought to light by previous pupils of London Academy of Excellence (LAE). The allegations are very disturbing and highlight a culture of normalised discrimination and prejudice against Further Education (FE) Muslim pupils from certain members of staff within LAE. The claims reveal deliberate and concerted efforts by this FE institution to undermine Muslim students’ commitments to their faith, actively discourage expression and practice of religious belief and marginalise Muslim students.

Policing and monitoring Muslim students while impinging on their right to freely express, explore and practice Islam through engaging in acts of religous worship is a systematic process of securitising Muslim students. Policies such as Prevent have promoted the proscription of Muslim students and their activities under ‘extremism’ pathways, coupled with actively building a framework for institutionalised Islamophobia under state-led guidance.

The concerns expressed by ex-pupils expose an institution that has become entrenched in a culture of actively demonising FE Muslim students and perpetuating an environment that will inevitably hinder their academic success and personal wellbeing. This appears to be completely contradictory to the LAE’s Core Values which state ‘We are proud to be an inclusive school community that promotes equality and an environment where cultural and religious diversity is regarded as positive and everyone can feel that they are able to express their viewpoints and beliefs in safety’.

FOSIS remains committed to fighting all forms of Islamophobia and discrimination faced by Muslim students and will be investigating these claims.

If you are a current or ex-student at LAE and have any concerns, please do contact us at: [email protected]

FOSIS stands in solidarity with the University of Bristol Islamic Society