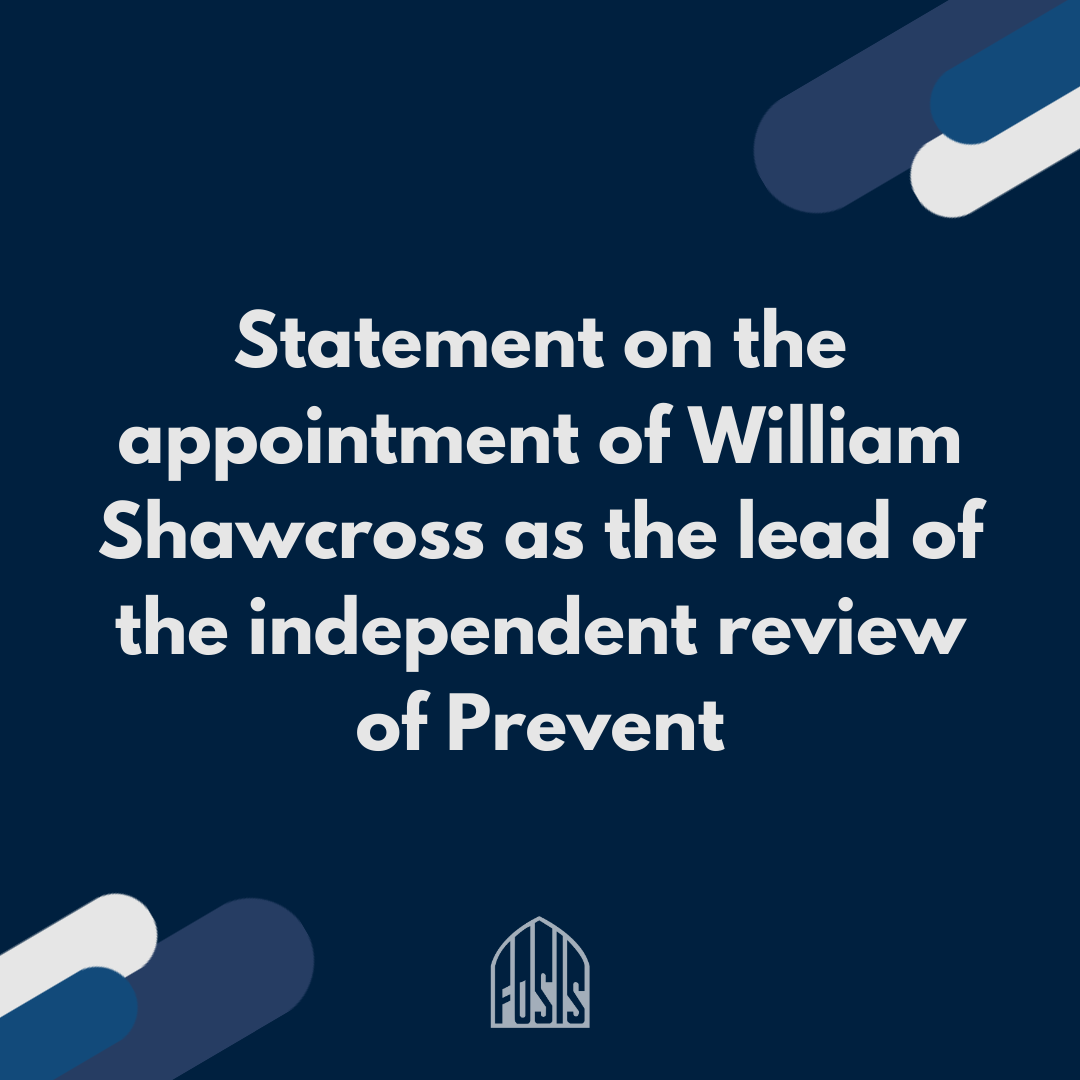 The appointment of Shawcross is a lucid indication of the structural Islamophobia that persists in the UK, and the level of contempt with which the government continues to treat communities impacted by the policy.

This comes after their previous appointment, Lord Carlile, who was forced to step down after a legal challenge from a human rights group due to his long-standing support of the policy. Shawcross’ appointment is just the latest example of the government’s unwillingness to listen to concerns of the Muslim community. His track record as director of the Islamophobic think tank, the Henry Jackson Society and as the Chair of the Charity Commission affirms the government’s utter disdain for the concerns of those who the duty affects the most.

For over a decade, the Henry Jackson Society has been at the forefront pushing the government to reinforce draconian policies like Prevent, while regularly releasing reports vilifying ISocs for hosting events it deems ‘extremist’. It has been very cosy with its current government on this particular policy – asking an alumnus of the group and former director of the Henry Jackson Society to review Prevent is merely rubber-stamping the policy.

Shawcross has also previously stated that “Europe and Islam is one of the greatest, most terrifying problems of our future”, elucidating the fact that he is not fit to lead an independent review on a policy which has time and time again been proven to criminalise and justify the suspicion of Muslim students.

The impact of the Prevent policy on campuses has been divisive, hostile and discriminatory, particularly for Islamic societies who disproportionately face harsher sanctions and security measures enforced on them in comparison to other groups in the student community. This has not only caused Muslim students to internalise a sense of criminality, but it has also legitimised suspicion of the Muslim student community and has led to the development of a deep-rooted fear among Muslim students preventing them from engaging in political activism on a student and community level. More worryingly, the duty’s criminalisation and grossly inaccurate interpretations of our beliefs and expressions of our faith as markers of extremism have had an adverse effect on Muslim students’ ability to explore and express their religion.

During Shawcross’ time as chair of the Charity Commission, it was found that over a quarter of statutory investigations targeted Muslim charities, as well as the introduction of policies that discriminated against and put them under undue scrutiny. A finding that Claystone, a think tank, which focuses on Muslim issues, highlighted as an example of structural discrimination. 1

His appointment delegitimises the credibility of the review to address genuine concerns. This will inevitably lose the confidence of those who are rightfully critical and would increase further anxiety around the government’s hostile environment and surveillance apparatus. It will create greater divisions on our campuses and in wider society.

We at FOSIS reaffirm our commitment to advocating for the abolishment of Prevent. Given the abortive history of this review process and the government’s inability to listen to our community’s concerns, we are calling for a boycott of this review and urge other organisations to do the same. There is no redemption for a policy that is built on racist and Islamophobic foundations, both the duty and its underlying frameworks must be scrapped.