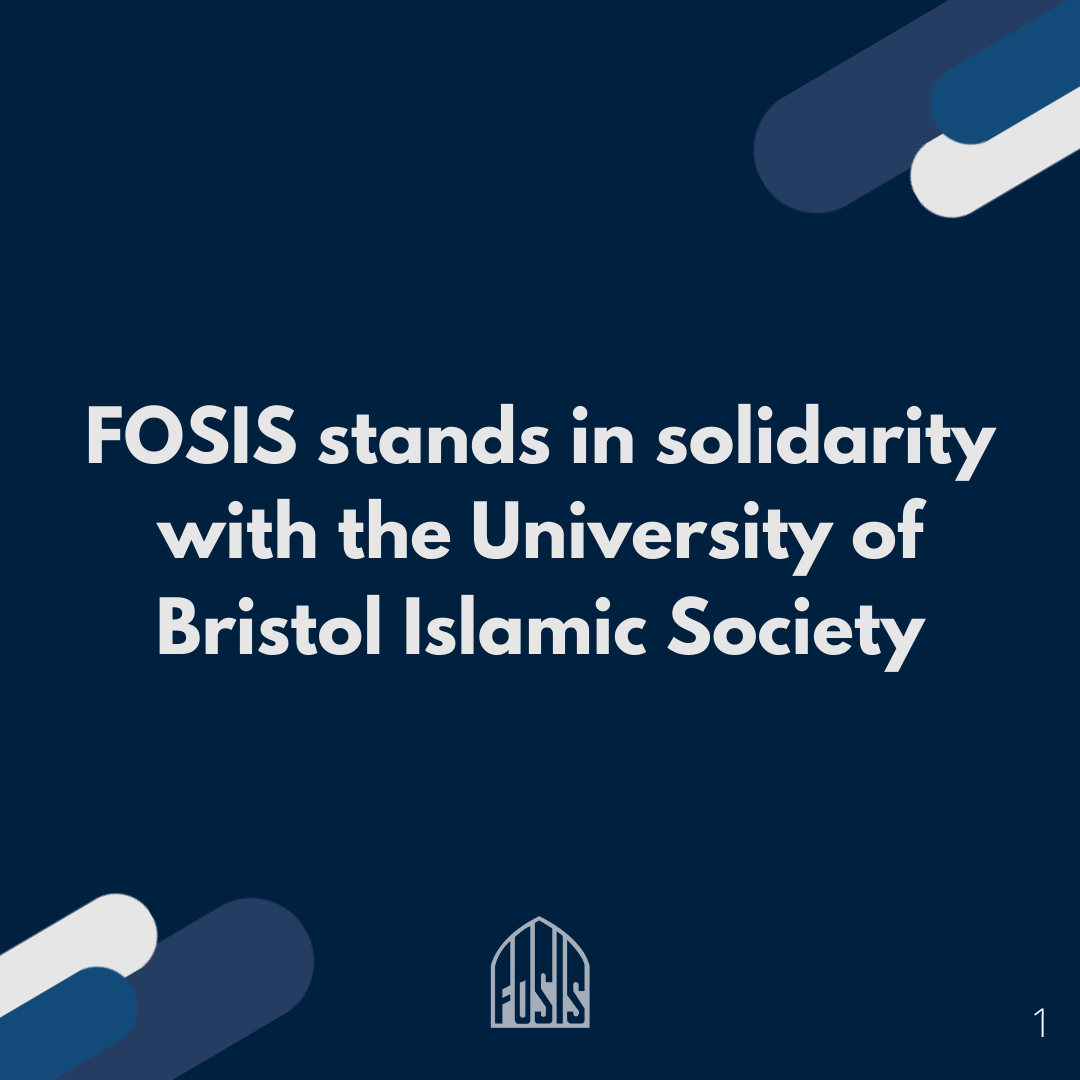 FOSIS stands in solidarity with Bristol Islamic Society (ISoc) against the injustice of Islamophobia that they are facing on their campus, and the institutional failure to take the concerns of their Muslim students seriously. Despite multiple attempts at engagement from the ISoc, and in spite of the university’s adoption of the All Party Parliamentary Group definition of Islamophobia, the university has failed to recognise Islamophobia within their institution.

FOSIS remains firmly opposed to all forms of Islamophobia, which continues to alienate and enables further prejudice and hostility towards the Muslim community.  Policies such as Prevent have only fuelled such suspicion and alienation of Muslims, providing state cover for the Islamophobia experienced by Muslims in their day to day lives.

We will continue to support Islamic Societies and Muslim students to effectively hold their institutions to account in tackling Islamophobia. We must ensure that a proper framework is adopted which comprehensively understands the essence of Islamophobia and effectively problematises the views such as those espoused by Professor Steven Greer.

FOSIS reaffirms our stance against the APPG definition that in practice has done nothing to protect Muslim students at the University of Bristol against the religious discrimination they are facing. By limiting the definition of Islamophobia within the scope of racism, it neglects the oppression that Muslims face due to the critique of their faith and fails to acknowledge how that translates into the reported physical and psychological abuse they suffer through. In this case, the university’s processes have failed to recognise the hate propagated by Greer, under the guise of academic freedom.

Conceptualising Islamophobia must include the prejudices of those that seek to demonise the principles of our faith and the religious practices of our community. Therefore the process of defining Islamophobia must come from a grassroots effort with the lived experience of Muslims leading this framing.

We urge the University of Bristol to take firm action against this religious bigotry and to commit towards the equal treatment and safeguarding of all students, irrespective of their background, political or religious views.

We are also urging all the students we represent to get in contact with FOSIS if they are going through similar cases.