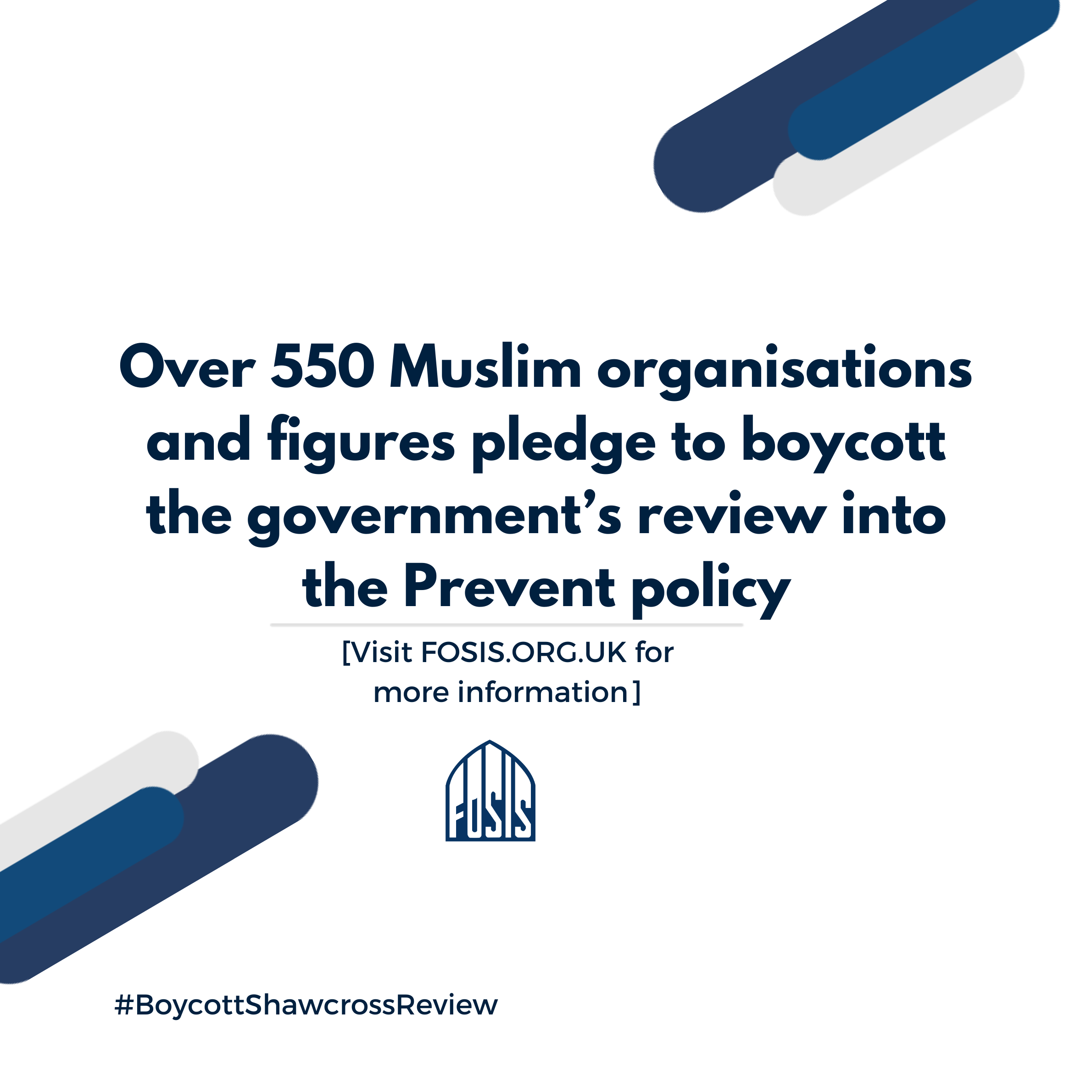 FOSIS is a signatory of a community statement that includes over 550 Muslim scholars, community leaders, civil society organisations, mosque councils and national and regional bodies, condemning Prevent, pledging to boycott the government’s Review into the Prevent policy and rejecting the appointment of William Shawcross as an independent reviewer.

FOSIS reaffirms its commitment to advocating for the abolishment of Prevent. The impact of the Prevent policy on campuses has been divisive, hostile and discriminatory, particularly for Islamic societies who disproportionately face harsher sanctions and security measures enforced on them in comparison to other groups in the student community. The duty’s criminalisation and grossly inaccurate interpretations of Islamic beliefs and expressions of faith as markers of extremism have had an adverse effect on Muslim students’ ability to explore and express their religion.

There is no redemption for a policy that is built on racist and Islamophobic foundations, both the duty and its underlying frameworks must be scrapped.

Join us Wednesday 17th March 2021  at 7:30 pm in a Twitter storm under the hashtag #BoycottShawcrossReview & sign the pledge.

Read the Full Statement below:

Call to Boycott the Shawcross Review of Prevent

We, the undersigned, pledge to boycott the government’s Review into the Prevent policy.

We boycott the Review because its new chair, William Shawcross, has a long and proven track record of Islamophobia and support for the most extreme measures to have been justified in the War on Terror, including forms of torture.

We boycott the Review because its new remit, as has been reported, will only deal with strengthening the existing policy, which is wholly unacceptable.

We boycott the Review because Prevent disproportionately targets the civil liberties of British Muslims and demonises the Islamic faith.  Prevent is counter-productive and leaves both liberty and security damaged and diminished for all British citizens and residents, not just those of the Muslim faith.

We call on all concerned citizens and residents in Britain to join us in boycotting the Review.