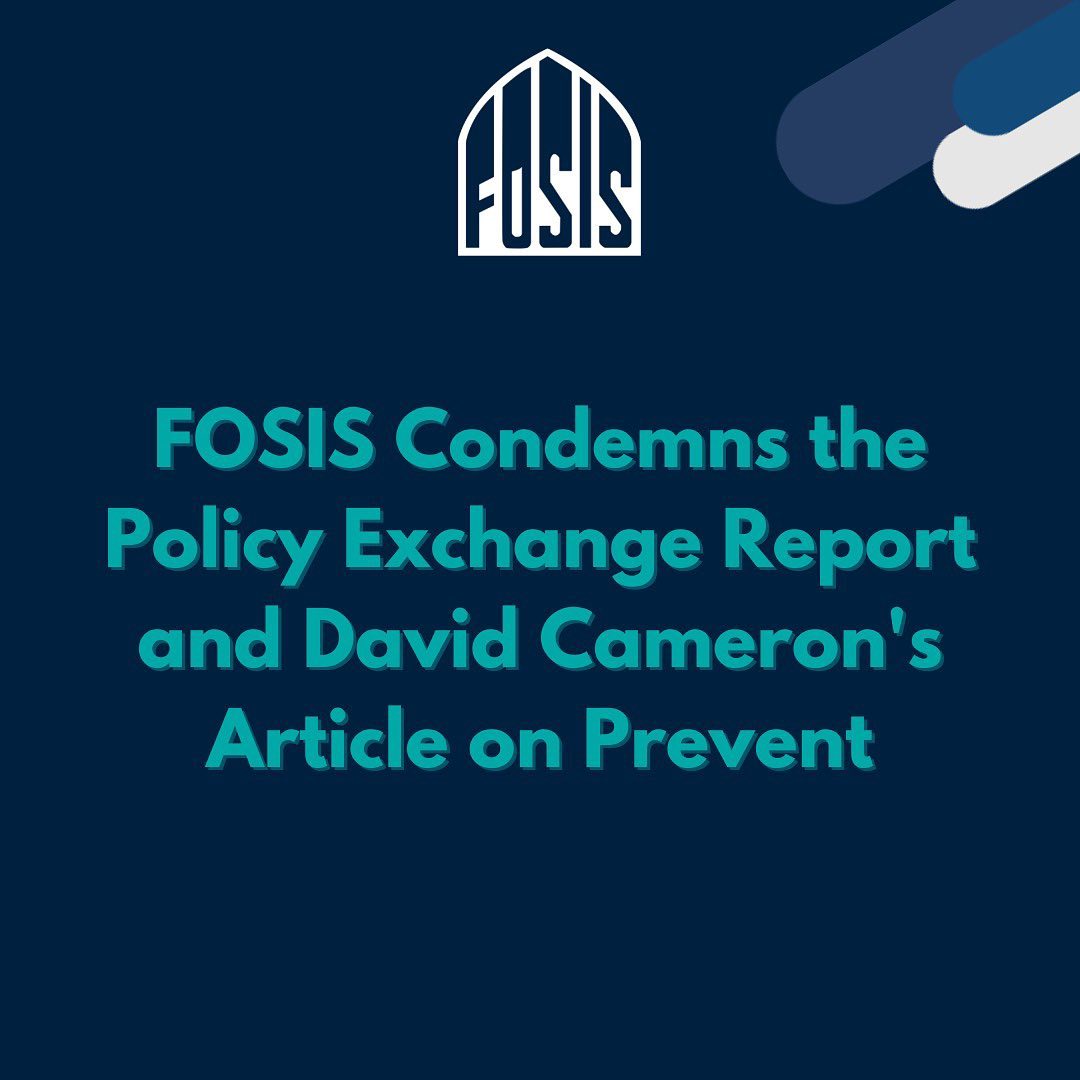 FOSIS condemns the Islamophobic report published today by the right-wing think tank, Policy Exchange and the attack by David Cameron on Muslim civic organisations who have stood against the state’s Islamophobic and racist Prevent policy.

The isolation of only Muslim groups and individuals in this report reifies the fact that the Prevent legislation exceptionalises Muslims. This also adds credence to the point that the strategy is Islamophobic at heart and the comments by David Cameron show how institutionalised the process of criminalising Muslims has become.

FOSIS has dealt with numerous troubling cases of Prevent being weaponised against students in both Higher and Further Education. This causes an infringement on the religious, academic and political rights of Islamic Societies and Muslim students, damaging their student experiences.

Universities and colleges should be places to challenge the status quo and envision a better society. However, many Muslim students have found themselves enveloped by the climate of censorship and suspicion that Prevent has fostered.

We are proud to have been at the forefront of the Students Not Suspects campaign and our continued advocacy against Prevent. FOSIS will continue to work with its partners and the Muslim community to protect and advocate for Muslim students and their civil liberties in the education sphere.