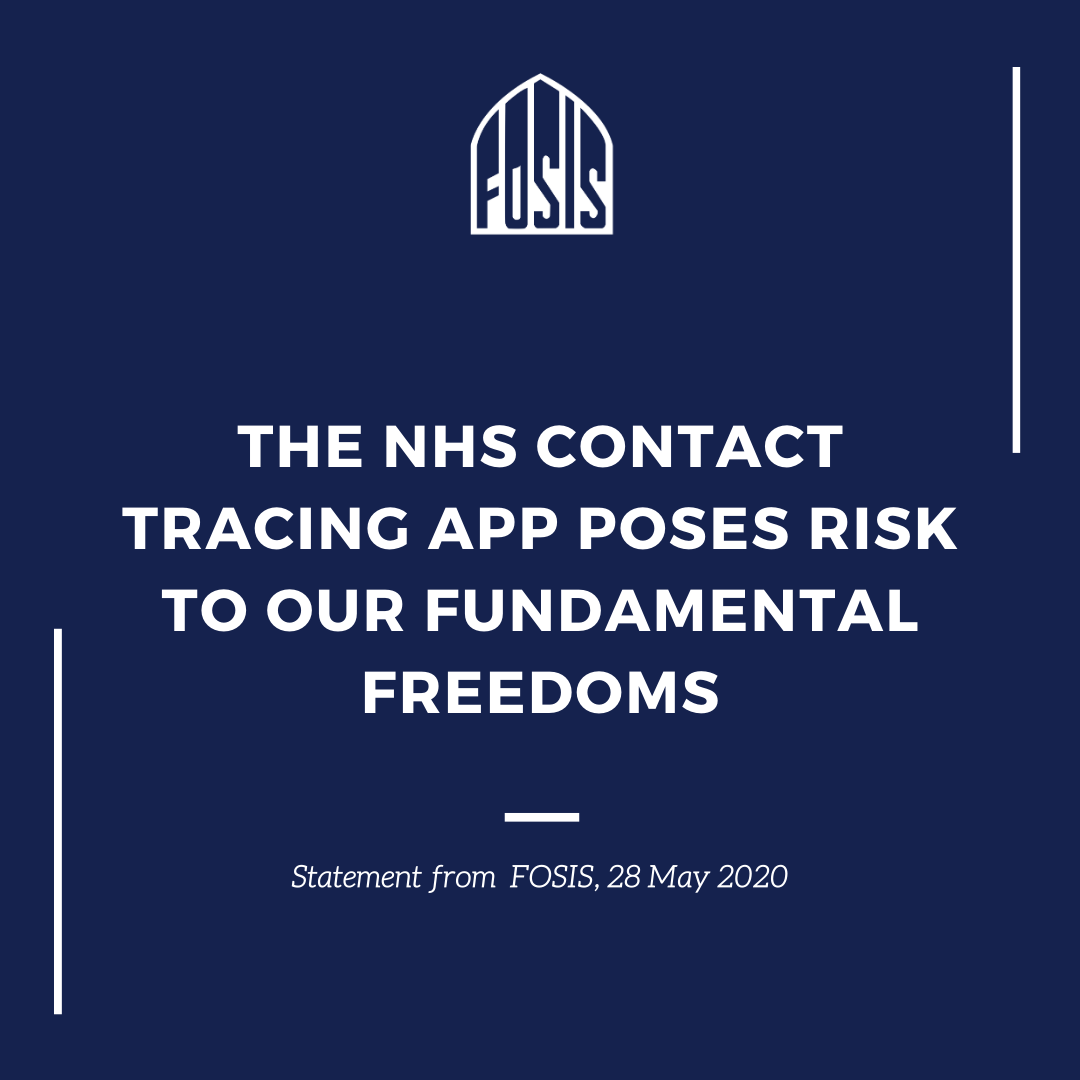 Statement from the Federation of Student Islamic Societies, 28 May 2020.

We at FOSIS are immensely concerned over the Government’s plans for the nationwide roll-out of the NHSX contact tracing app. This app presents numerous issues surrounding data protection and threatens to breach the basic right of privacy. There is considerable ambiguity around the handling, storage and potential sharing of highly personal data that will undoubtedly be accumulated through the usage of this tracing app. Great levels of concern have also been raised by numerous civil rights organisations.

Dr Enam Ahmod, President of the Federation of Student Islamic Societies said: “we appreciate this is an understandably difficult and unprecedented time for all and innovative measures must be implemented to ensure the safety of the most vulnerable members of our society. We want to make it clear that we support public health initiatives. However, we also endeavour to champion civil liberties, privacy and preservation of confidentiality that are the foundations of a truly healthy society, with complete unwavering certainty even in the most uncertain times.”

Currently, the centralised model has been adopted for the app which runs the risk of allowing for monitored data to be exploited by various intelligence agencies. If the app is made compulsory this poses a great risk for people being forced into having their personal data breached with no concrete assurances made in regards to it not being misused or handed over to private companies to capitalise on, without scruple.

Furthermore, the data processing element has the involvement of companies such as Serco and G4S, among others, who have been heavily involved in migrant detention and migrant rights repression, contributing to the creation of the ‘hostile environment’ for migrants. There is a concern that the app may be used to target undocumented migrants who are known to face barriers in accessing healthcare as they fear involvement by Governmental authorities such as UK Border Agency. The release of this app may fuel a climate of suspicion and lead to further withdrawal of minority groups from accessing  the healthcare system.

On campuses, Muslim students, BAME students and political activists have been targeted, with their personal data handed over to Prevent Agenda operators on the basis of counter-terrorism legislation. We, as an organisation, are opposed to the routine sharing of confidential data which targets Muslim students, activists and migrants. The UK government has not addressed these justified fears despite many expert warnings. We are worried that further surveillancing measures such as this app will substantially and disproportionately impact Muslim students who are already subject to policing through Islamophobic policies such as the Prevent agenda. We believe that such an approach will further securitise Muslims; limiting their freedom of religion and practice by targeted discrimination.

FOSIS is urging the Government, in particular the department of health, to ensure that if the app is launched nationwide as planned then protective measures should be implemented to protect people’s data. As part of this, it should be made clear that no data will be shared between other government departments such as the Home Office or with private companies. If, in any case, there is any transfer of information; the reasoning for this should be made clear to ensure complete transparency with the public. Furthermore, we urge the Government to make sure the use of this app remains entirely voluntary and protects the autonomy of individuals by doing so. We also believe that the collected data should be deleted once it has been declared that the COVID-19 pandemic is over. While we appreciate the importance of public health endeavours; we also consider it our duty to champion civil liberties including privacy which are the defining features of a truly healthy society.